I had just started to explore those kinky sites. Like Kirsty, I was pretty freaked out and disgusted by how most of the D-types acted. Even in email, demanding your submission from the first message. Not this sister.

Then, I got this really nice message. Nothing over the top, just conversation. I responded, something I did not do to the others. He was a sailor, not in the military, but on a commercial vessel. He was Swedish, yah, Vikings. A bit younger than me, and like me, looking for something serious and long term.

We messaged for a few weeks. But it came down to one thing: my daughter. He did not want children. He was okay if I had one and brought her, but he did not want to ‘play daddy.’ Growing up without my sperm donor and having a step-father who always loved his own children more than me, that was a dealbreaker for me. But we decided to remain friends. We’d still message once in a while.

Then one time, when he was in port near me (yes, I know that journey from north London to Tilbury well), my daughter was with her dad that day. So he convinced me to meet…just for coffee. To put a face with those emails.

Chemistry does not cover it. Sparks. Supercollider at Seren.

He met me at the train station. Tall, thin, long blond hair, and the bluest blue eyes. We went to Asda (that’s the British Wal-Mart) for coffee, because there really isn’t much else than a chip shop in Tilbury anymore. We laughed and chatted. I discovered he was the captain of the ship. Yes, the friggin’ Captain of a cargo freighter at forty-two. Yes, I was impressed. Wouldn’t you be?

Then we played a little game. Pervertibles are everyday items that can have a kinky purpose, too. Things like wooden spoons, clothespins, bungee cords, and so many, many more. After coffee, we walked around the store and pointed out all the different items and their kinky uses.

He invited me back to see his ship. Yeah, pretty obvious, right? But I was curious. More about him than his boat. He showed me around a bit, then we ended up chatting in his cabin.

We made the mistake of going there.

I won’t give you any more details than I already have in the fictionalized version. Let’s just say that the inspiration was on the way back to London on the train, I realized that I was tied and helpless in the man’s bed. He could have simply sailed with me like that.

And so Ægir’s was born.

He and I met a couple of times after that. When I was between boyfriends, he was my go-to F^$k. And I think we were both more than a little surprised that each time was just as good. That can be kinda scary.

I think more so for him than me. See he always hid for a couple of months after each meet-up. Just quit chatting, disappeared.

Now as a lover, I have been told more than once that this fat chick is unforgettable. But that is my gift from the goddess…and another story I am working on.

But I am also not the type who waits or pines for any man. And each time he got funny on me, I’d move on, and usually end up with someone else.

And so it was with our last encounter. Except this time it stuck. Alan is the complete opposite of Captain. Except for a couple of things:

With Alan, though, it was a love affair of the brain. My older daughter, Mere-Mere, once said…I want a man that makes me feel dumb. And trust me, when you are a strong, intelligent woman, that ain’t easy to find. But he did. And it was not simply facts and education, I have been fooled by that one before. No, Alan’s EQ is as high or higher than his IQ. It’s a damned sexy combination.

When I met Alan, it was not that instant chemistry. It was and still is a slow burn. That with kindness, attention, and care from both of us has grown into an eternal flame. 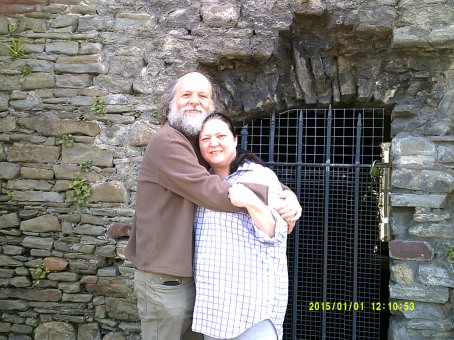 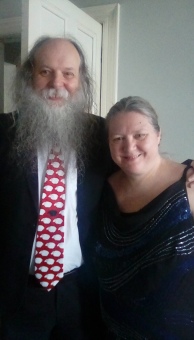 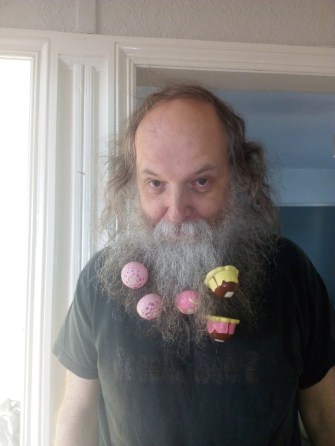 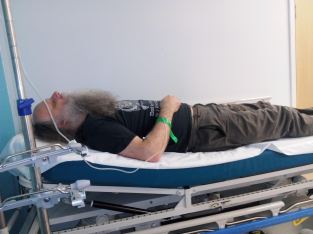 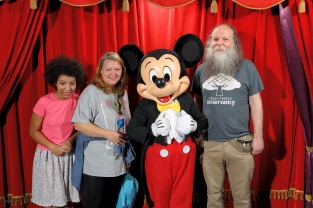 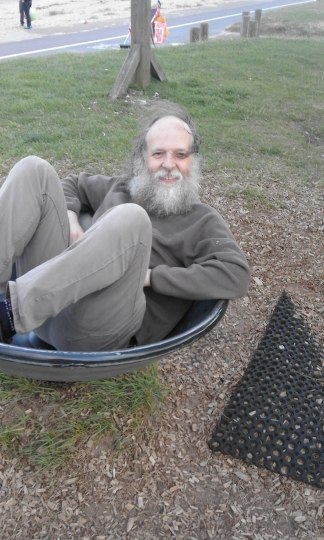 I got lost on the way to our first date. The coffee shop that I had chosen. FYI – coffee chains do not always name their stores after the closest landmark, that one could be a mile away. I cussed the whole way there. I swore that if this man had not come all the way from Swansea, I would turn around and go home. I also swore I would not go on a second date with him.

When I finally got there, we hugged. Do you know what beats the hell out of sparks? Comfort, peace, calm. I just felt safe in Alan’s arms. I still do.

But I had been burned before. Not just the Captain, but other men had been frightened away by an autistic child. So, I threw this one in the deep end. I took him home to meet PanKwake on the first date.

We walked into my tiny, dingy to find PanKwake chasing Mere-Mere around with a can of fake poo. I thought – ‘Oh well, I kinda liked this guy. Wonder how long it will take him to come up with some excuse? Ten minutes? Fifteen?’

Four years to that day and I just realized almost to the minute, we will stand before family, friends, and the civil authority and take formal vows. But that is just a formality. Our bond is so much deeper than any piece of paper.

When I think about the differences, I am reminded of this meme that I had seen long before I ever met Alan. 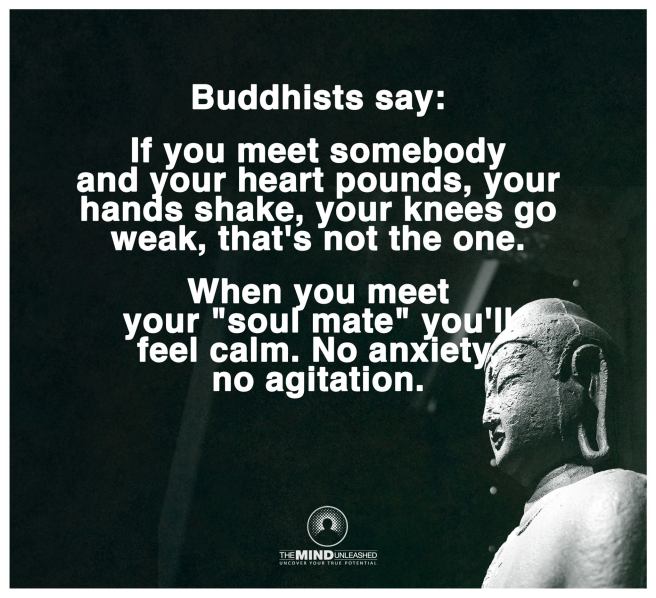 I’m not sure that I completely agree with the Buddhists. I believe that soulmates come in many forms. I have met a couple in my life. Alan, of course. And yes, my sea captain, too. But not every soulmate is the right person, at the right time, to build a life on. That takes something special, something deeper than mere chemistry.

This is how I put it in that WIP…

“You have to tell me the whole story, dearie? The chemistry between you and Captain Jan is literally scrooching. I have never seen the man actually taken with anyone, ever. And trust me, I have watched loads of women try. If I were twenty years younger, I might have been tempted to try myself.”

It was on the tip of Heather’s tongue to tell her the truth. That it would have been futile. That Jan was closed off. That no woman could really reach him. But did it really matter? Let Maggie keep her fantasy of the dashing sea captain. It was a common enough trope in her genre.

But Heather knew the truth. Bad boys don’t change for a woman. Real women learn to look for good men instead of boys. And those sparks that fill the pages of millions of romance novels, that’s not love. Not real love. Real love is loading the dishwasher. Real love is morning breath. Real love is when you can fart with a person. But no one wants to buy those books.

Too many women spent lifetimes looking for that chemistry this woman was talking about. But chemistry is not enough to build your life on. No, that takes commitment. Something that Jan and boys like him knew nothing about and would do anything to avoid.

Morning breathe, farts, dirty dishes, and @HomeCrazzyHome I don’t want to imagine my life without Alan…though that is exactly what the WIP does.

Oh, and in that kind of relationship, sex can get better every time. Sort of like those nuclear reactions, more time is like more atoms splitting. And oh, the energy they produce.

But right now, it’s time to go plan a wedding that has gotten far more complicated than I imagined.