That may sound like an oxymoron. Sometimes they are called Alpha subs, which may sound even more oxymoronic. After all isn’t that what Doms are…Alphas? How can a submissive be strong? But it is actually more common than you think.

Many subs, female and male, find their release through submission because of just how much control they must exert in REAL life. I am certainly one of those.

For modern women, feminists in particular, it can sometimes be hard to come to terms with this need inside yourself. To surrender control to another person…even a husband, boyfriend or lover whom you trust. Isn’t it a sign of some weakness inside of yourself? Shouldn’t you be stronger than that? Doesn’t that ‘bullshit’ set feminism back fifty years?

Some can struggle for years to come to terms with the duality of their own nature. Some destroy the people they love, their marriages and themselves in the process. Some never learn to just accept who and what they are.

Ironically for me, I struggle to accept my Alpha. I am completely comfortable with my submissive nature. I see her as my natural self…the way I am…the natural order of things. An extension of my goddess. What I struggle to integrate is my masculine, my strength, my Top.

Yet it is virtually impossible to ignore it. I am always the ‘strong’ one. The one that others come to for solace, advice and counsel. Even when I am at my lowest and have to look up to lick the bottoms of my own boots, still people come to me.

When I was active in the lifestyle and went to clubs, I often ended up the ‘leader’ of the littles, the unclaimed subs and the lost. I have been called Auntie T, Ma’am and even Mistress by mistake. Yet I am NOT a domme.

At best I am what a mentor jokingly called a ‘service Top.’ In other words, I am so submissive that I must serve in other subs by becoming the Dom that they need. And I am damned good at it. The role is natural because I simply think about the things I want/need in a Dom…and give them those. I am in fact so good at it that more than one sub, male and female, have begged me to be their domme.

But one way that I know I am NOT a domme is the fact that the role is tiring and stressful. It does not come natural. I get nothing out of it…except more stress. In fact, it is not a role I willingly do except under the most dire circumstances for those whom I care deeply about. Even then…I am reluctant to do so…unless I have a strong Dom and sadist in my life, who will take away the stress/pain that I take into my own body by serving them. 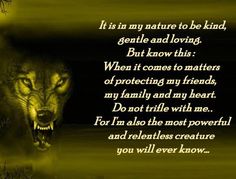 I remember the night that Captain America, Thor and I took FireBird under our protection. She had been in an abusive D/s relationship (abuse does not always require malice…ignorance is just as bad). As my friend she had come to me and as always my Alpha protector came out. I had gone to Cap and Thor begging them to take her under our wings…a pretty un-sub-like thing I know.

They had both been enraged by what had happened but had firmly stood their ground that she must choose us. That we could NOT interfere between a D/s relationship without being invited in. We tried to offer help/advice to both her and the dom…but that went over with him like a fart in church. In the end, she private messaged me and the four of us ended up chatting without her dom (little d for a reason).

Because she had been hurt by a male, I took the lead with Thor and Cap backing me up but not directly Domming her. I will never forget. I was Domming her through a panic/anxiety attack when Thor messages Captain America…‘Are you taking notes here, buddy? Our little sub is showing us how to Dom.’ (And I still do when things get rough between Cap and Firebird…that has become my role now. The nuclear weapon…big guns.)

Yet just half an hour later I was crying, shaking and begging Thor for pain…serious pain and control. Thankfully, he was there to give it to me.

Because that is how I do it as a priestess of the goddess…I took her pain inside of me, onto me. Sort of like that scene in the first X-Men movie where Wolverine heals Rogue and in the process is drained of his own powers. He did it of his choice…knowing what it would cost him. But he did it anyway.

That is an extreme example, but I do it in little ways in my vanilla world all the time. I help out friends, I offer advice (even when they don’t want it), I feed them and entertain them. And for an introvert and sub…it drains the ever living hell out of me.

To do it…I find myself over-compensating though. I am loud. I am brash…over-bearing almost. I never stop…going and doing constantly. Then when they leave…I collapse, exhausted and unable to function sometimes for days.

So when a friend ‘warned’ me off someone the other day…calling me strong and experienced…telling me that I would ‘eat him alive’, I was hurt. Because more than anything else this friend who has ‘known’ me for years failed to see the truth…strong is just the mask that I put on…BECAUSE I HAVE TO.

Sub is who I am. Even when life forces me to bury her deep inside, build walls to protect her, and hide her away for months or years. There will always be a price to pay for that. A high one usually. Because I cannot keep the mask of strength in place forever without breaking.

Maybe one day I shall find a way to integrate them more fully so that I do not need to over-compensate or pay such a price for being strong…but I am not there yet. No, I am sub that struggles to be strong while others who are strong struggle to submit. But that is about par for the course with me…I have never been ‘normal.’