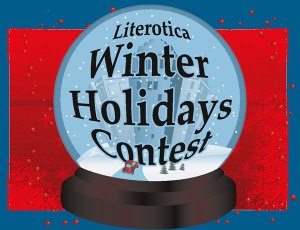 Yes, folks, that is right. After my trip back home, taking time off to write the winning Winter’s Holiday Contest entrant at Literotica and of course, Christmas, New Year’s and PanKwake’s birthday, I am FINALLY back to work on your favorite Nordic fishermen and their curvy REAL woman wife, Kirsty.

In fact since January 1, I have not missed a single day of writing (knock wood), at least 1,500 words per day. There are over 9,500 words so fat in Chapter 5 with three more scenes to go before posting. Give or take. I should be posting it to Lit by Friday or Saturday, which means it would go live early next week.

Problem was…there are so many twists and turns in this chapter that I was not sure I could find an excerpt to share without spoilers. It reminded me of the saying…

I could tell you, but then I’d have to kill you!

But I think I have finally found a tiny snippet for you…without revealing the REALly HUGE surprises in store for you in this chapter. See what you think…

Kirsty huddled against the wall trying to stifle the worst of the tears. It seemed all that she did was cry anyway. Now this. Her.

The mysterious Greta, who had been an unseen demon in her life especially between her and Mikael. If that was not enough, the woman turned out to be the fucking hottest super model in the whole damned world. You could not go to a single newsstand without seeing at least one and usually two or three magazines with that striking face and perfect size zero body.

Of course, none of them had bothered to tell her that her predecessor was Miss Perfect. Lying bastards. All of them. Not a single one had had the balls to tell her the truth, but now she knew. Now she knew.

There was absolutely nothing she could do about it. She certainly was not going to reject the precious little girl that the woman had born and then abandoned. It was not Monika’s fault that she had the world’s best DNA.

And them?  Well, there was not a damned thing she could do to hurt Sven. That always had been beyond her abilities to reach Mister Cool. But Mikael? A few nights without her answering his video calls would serve the coward right. Bjorn? That was just it. The woman was all over him. She might have been his former sister-in-law, but Kirsty would have sworn the woman was coming on to him?

So have I lost my touch, ya’ll?